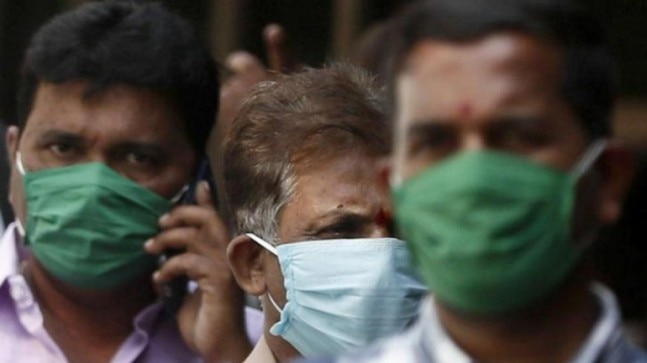 In a pandemic, individual patients who transmit an infection to large numbers of people are called super spread.

Unknowingly, some people become the hallmark of an outbreak where they eventually have a significant damaging impact on the spread of the disease.

While some carriers do not infect more than two or three people, super spreaders can infect hundreds or even thousands by secondary contact.

DO SUPER-SPREADERS HAVE SUPERPOWERS TO SPREAD INFECTION?

There is nothing like a superpower that super-spreaders have. Simply put, they mostly come into contact with many people, whether they work or where they live. Some do it without knowing it, since they are asymptomatic.

Some are also carriers that metabolically carry the virus in large quantities, while others ignore the precautions and mix without responsibility.

HOW CAN A SUPER-SPREADER IMPACT AN OUTBREAK?

A super spreader can completely change the path of a pandemic in a country. It has already been witnessed by certain countries facing an exponential increase in new cases of coronavirus.

In South Korea, a super spreader known as & # 39; Patient 31 & # 39 ;, a member of a marginal church, reportedly caused the rapid increase in cases in the country.

Patient 31 traveled extensively in South Korea, even after doctors suggested that she isolate herself due to the high probability that she had been infected.

The Korean Center for Disease Control (KCDC) found that it eventually had contact with approximately 1,160 people.

For one day, South Korea experienced an explosive increase in infection.

A closer home, in Mumbai from Maharashtra, a 65-year-old woman who served lunch near a luxury corporate office in Prabhadevi tested positive for Covid-19.

His entire family and hundreds of people who brought him lunch were sent to the Kasturba Hospital for isolation.

In eastern Delhi, a doctor at a mohalla clinic (local clinic) tested positive after caring for a new positive coronavirus patient from Saudi Arabia.

Nine hundred people in primary and secondary contact with the doctor are now in isolation and will be examined.

In Rajasthan's Bhilwara, a doctor, who allegedly housed family members from Saudi Arabia, tested positive for the new coronavirus despite being asymptomatic.

The doctor went on to infect 16 others in the same hospital where he worked. More than 8,000 people are now in isolation due to primary and secondary contact with the new coronavirus positive medical professional.

IS THE SUPER-SPREADER BLAME?

Historically, the super spreader has always been punished.

Typhoid fever Mary ended up spending decades in exile and forced quarantine until she died.

She did not know that she was carrying the bacterial infection, and in 1907 she was the first person in the United States to be identified as an asymptomatic carrier of the bacteria associated with typhoid disease.

By then, unfortunately, typhoid Mary had already spread typhoid fever to many, and many deaths were related to it.

Fans seek more than $ 30,000 in damages from Tiger Woods and his caddy for the alleged 2018 incident